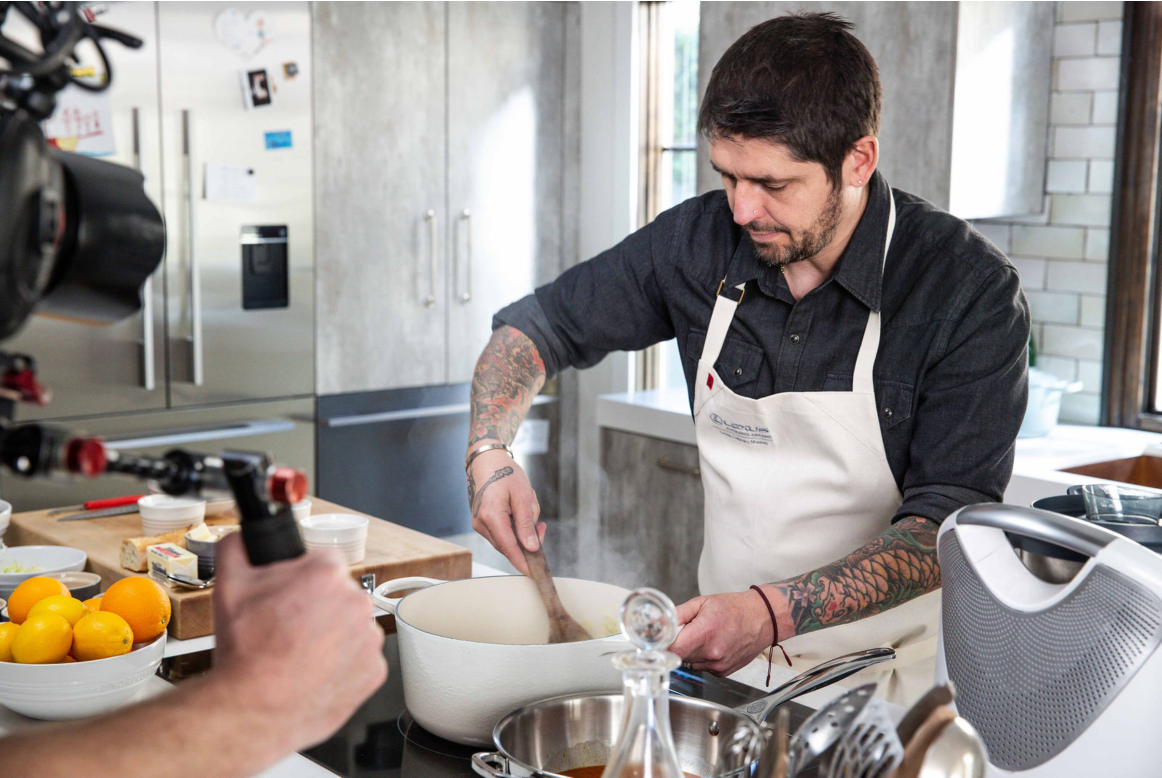 Chef Ludo Lefebvre is one of the most influential chefs in Los Angeles dining, pioneering and revolutionizing the culinary industry. After training in France for 12 years with the great masters, Ludo came to Los Angeles and was soon awarded the prestigious Mobil Travel Guide Five Star Award at two different restaurants, L’Orangerie in 1999 and 2000 and Bastide in 2006. From 2007 to 2012, with his restaurant tour “LudoBites” he became known as the “pop-up king” and has been credited with igniting the phenomenon of the pop-up restaurant and establishing its viability as a business model.

Ludo is truly the last of his generation, a classically trained French chef that learned at the hands of the great masters of French cuisine: Alain Passard, Marc Meaneau, Pierre Gagnaire, and Guy Martin. He is a true protégé of the World’s Best Chefs. This training rooted deep in Ludo a culinary consciousness that will always put him alongside the true masters of the craft.

In September 2010, Ludo brought fried chicken to the streets of Los Angeles by opening his food truck, known on the streets as “LudoTruck”. In October 2013, he took his fried chicken concept to the next level opening his first brick and mortar location, LudoBird, within the Staples Center, with a second location to follow at Universal City Walk, Hollywood.

Turning his attention back to the “refined” dining of his pedigree, in 2013 Ludo opened Trois Mec, a 28-seat restaurant in the heart of in Los Angeles, which was twice named “L.A.’s Best Restaurant” by LA Weekly. Petit Trois, Ludo’s “Bar a la carte” concept, was opened July 2014 and was honored as a 2015 James Beard finalist for Best New Restaurant. The second location of Petit Trois, with added breakfast and table service opened in Sherman Oaks, CA in April 2018. Both restaurants were included in the LA Times 2018 “101 Restaurants We Love” list. Additionally, Petit Trois was included in the 2019 Michelin Guide Bib Gourmand.

Ludo has been named one of the “World’s 50 Greatest Chefs” by Relais & Chateaux and was a James Beard Award finalist for a “Rising Star Chef, ” “Best Chef West” and “Best Culinary Program” for his hosting of Mind of Chef. . In December 2015, Ludo received the prestigious Chevalier de Arts des Lettres award from his home country of France. Ludo starred in three seasons of the ABC hit cooking competition, The Taste.

He is the author of two cookbooks; LudoBites, Recipes and Stories from the Pop-Up Restaurants of Ludo Lefebvre and Crave, The Feast of the Five Senses, and starred on the ABC hit cooking competition, The Taste.